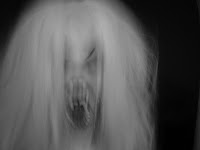 Neil Arnold's brand new regular feature for Londonist.com, covering all manner of strange creatures and weird folklore such as The Highgate Vampire, phantom hounds etc.
This feature will appear each Saturday. Log on to Londonist to view.

Terror of the terrapins.

From The Guardian (London): 4 May 2007
'Horror in a half-shell' by Patrick Barkham

Beast of Bromley? - from This Is Local London

A Beast of Bexley-type creature has reportedly been spotted in Chislehurst.
The sighting was reported to Neil Arnold, the founder of the Kent Big Cat Research Group, which studies eyewitness reports of exotic creatures.
He claims a woman saw a creature, which she described as the size of a small labrador, in woodland near St Paul's Wood Hill, Chislehurst, last Tuesday.
The animal was reportedly moving quickly through trees at around 6pm.
Mr Arnold believes the creature is a black leopard.
What do you think? Do you believe big cats roam Bexley and areas of Kent? Add your comment below.
4:44pm Saturday 5th May 2007
Posted by Neil A at 12:58 No comments:

Tiger ‘could jump fence’ into Regents park. by John Dunne.
Friday, 23 March 2007 - Source The London Paper
London Zoo has promised a security shake-up after inspectors found that big cats could leap perimeter fences and maul park-goers.Experts from Westminster Council discovered that picnickers, joggers and tourists enjoying neighbouring Regent’s Park face a potential threat from the zoo’s dangerous animals.The animals are kept in high-security compounds but if they did break out, a 6ft perimeter fence would not hold them back for long, according to the inquiry.
The inspectors said in their report: “It is a concern that, should there be a dangerous animal escape, it is unlikely that the existing perimeter fence will contain a dangerous animal, like a tiger for example, for a reasonable period of time allowing the capture team to do their work.”The zoo’s Sumatran tigers have an enclosure with a roof but the Asian lions are surrounded by a moat and a brick wall. Zoo director David Field said: “These findings are from very respected colleagues and we will take them on board. We will review our security – as we are always doing anyway – but we are confident that the animals cannot escape. "The inspectors recommended the zoo’s licence be approved despite the security risk and singled out its zookeepers for special praise. If an animal did happen to escape, special “armed” keepers would target it with tranquilliser darts or, in extreme circumstances, live ammunition."
Posted by Neil A at 12:43 1 comment:

Escape of the Condor

Missing bird of prey found safe and well
A MISSING bird of prey with a 10ft wing span has been found safe and well.
Crews from Dartford fire station joined the search for Tiny, a condor who went missing during a display at Eagle Heights Bird of Prey Centre, on Sunday.
The crew used thermal imaging equipment to try to find the bird, who landed in a rapeseed crop field, close to the centre's grounds in Eynsford.
But their efforts were unsuccessful and the search, led by centre staff and RSPCA officials continued.
Luckily, Tiny was eventually found during a helicopter search last night.
Condors are members of the vulture family and are the largest flying land birds in the western hemisphere.
They have black plumage with a frill of white feathers around their necks.

Channel 4 Radio presenter Danny Robin's, covered the so-called 'beast of Sydenham' in his Danny Robin's Investigates...series...you can download the 30 minutes documentary (featuring Neil Arnold) at the link.
Posted by Neil A at 12:03 No comments:

The Acton puma and other pets!

In 1975 MP Peter Templemore claimed that, “Someone sooner or later will get killed”, in response to a strange incident at Acton in London where an estranged husband dumped his puma in the back garden of his former home, with wife and kids trapped inside screaming for help. The man left a note saying that he had nowhere else to put the cat, and it took the local police and RSPCA two hours to get the terrified family of the man out of the house.

The South Harrow puma, which was owned by a local man in 1974 who often walked his prized pet through the local streets was one of many large cats owned in the capital. However, on one occasion, during the November of ’74, things got out of control. The owner in question casually strolled into the Farm House pub with his puma on a lead. After a short while several locals began to feel uncomfortable in the presence of the wild animal and so the man was asked to leave. Although he complied with the requests of the staff and customers, the beast didn’t, and in turn went berserk. The landlady at the time commented that, “It took the man fifteen minutes to get the puma out of the pub and into his car, during which it tore off the man’s glove and ripped open his hand”, this was after it had caused severe damage to the chair upholstery in the public house, as well as damaging tables, smashing glasses and demolishing the bar in its frenzy. Then, the cat decided to shred the car seats and the police were called to the scene where, after a short time, they towed both the vehicle and the aggravated felid away. Later, the man was charged with being drunk and incapable. But what happened to his cat ?
Posted by Neil A at 11:13 No comments:

http://www.croydon.gov.uk/business/licencespermitsandregistrations/animallicences/licencedangerouswildanimals/listofanimals
Posted by Neil A at 15:32 No comments:

Bexley 'beast' back on the prowl.

The Beast of Bexley has been on the prowl again.

This time the large black cat was spotted by Betty Morris.
It was stalking the streets around Becton Place, Northumberland Heath.
Mrs Morris, 60, was closing her bedroom window at about 10.20pm on April 21 when she saw the cat.
She said: "I don't think it is a panther. It was smaller, more like a black leopard, and had a huge long tail."
Mrs Morris added: "It sauntered along the road, then stopped under a street light.
"It waited while three men walked past on the other side of the road, then sprayed some bushes with its scent before walking off towards some empty garages."
She said: "I wanted to take photographs but my camera was in the living room and I was just transfixed.
"My husband had just gone out in the car and I called him to tell him there was a leopard going up the road. Then I called Bexleyheath police."
9:50am Tuesday 1st May 2007
Posted by Neil A at 15:18 No comments:

'An Arctic penguin crash landed (even though penguin's are flightless!!) in London's Sloane Square, in September 1984 after being "...blown hundreds of miles off course". It was believed to be the first such visitor to London under such conditions on record. Named Marianne, the young bird was looked after by an RSPCA inspector, who released her at Portland Bill, Dorset on 10th October after nursing her back to health.'

Mystery of the dead ducks!

'More than thirty ducks dead from unknown causes in several south London parks'.
Posted by Neil A at 15:06 No comments:

Attack of the bats!

Said to have plagued a house near Wimbledon Common in 1974 over the Summer months.
Posted by Neil A at 15:04 No comments:

Around 1974 one of London's new commercial radio stations ran a report on an unusual bird sighted around West Drayton on the outskirts of the capital. After several puzzling sightings the flying thing was identified as a West African Crowned Crane! Local newspapers featured reports on the bird which had allegedly been around for around two years, or at least a relative had been.
Posted by Neil A at 15:00 No comments:

Invasion of the caterpillars....