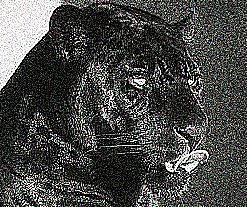 THE LONDON WORD is a fantastic website which Neil Arnold is contributing to on a regular basis. His first post pertains to mystery cats roaming the capital.

A strange race of people beneath London...

In the latest episode of THE SATURDAY STRANGENESS Neil Arnold looks into the legend pertaining to a race of subterranean dwellers inhabiting the deserted railway tracks, sewers and tunnels of London. Do beings, known as Troglodytes, feed off the food we throw away, and as some rumours suggest, also live off the occasional drunk tramp or two ? Do such primal people have their own language, evade human contact and exist in the world below one of the world's busiest cities ?
Posted by Neil A at 05:57 No comments:

The Vampire of Coventry Street

This episode of The Saturday Strangeness, Neil uncovers the obscure tale of the alleged vampyric attacker said to have bitten a few victims back in the 1920s. Was a vampire really to blame ?
Posted by Neil A at 14:30 No comments:

Hampstead Heath and it's unusual wildlife.

The latest issue (44) of 'Animals & Men', the magazine put together by the Centre For Fortean Zoology features an article by Neil Arnold on sightings and folklore of feral pigs, seals, bizarre spiders, crocodiles and the likes around Hamsptead Heath.
Posted by Neil A at 07:14 No comments:

This excellent little website mentions a variety of common, and uncommonly sighted creatures along the London river. The most interesting being the sea lamprey's said to inhabit the waterway.
Posted by Neil A at 09:10 No comments:

A Black Leopard has been reported from Goldfinch Road, West Thamesmead. A man, who did not wish to be named, was awoken at 3:00 am during Saturday 9th August, by a strange screeching sound. Upon peering out out of the curtains he saw a small animal race along the pathway, and then something larger caught his attention, he said: "I saw a black animal rolling on the grass between two trees. I thought to myself, 'Bloody hell! That's the biggest moggy I've ever seen', and then thought, 'It must be a dog'. However, its head was cat-like and its tail was very long. It walked to the left to some bushes and I moved the other curtain but couldn't see it."
The animal the man saw was a black leopard which over the last few years has become known as the beast of Bexley, a creature around 4-5 ft in length. For the last 18 years KENT BIG CAT RESEARCH has collated evidence and eye-witness sightings of large exotic cats in the wilds of Kent, London and Sussex.The Bexley big cat has also been seen at Welling, Erith, Bexleyheath, Belvedere, Bromley, Abbey Wood and towards Dartford.A large puma has been seen in Southwark recently, and each year Neil Arnold receives more than 250 sightings of such animals, and conducts talks on the research. In a few months Neil will be releasing a unique book called MYSTERY ANIMALS OF KENT pertaining to his research into large cats and other strange animals around London and Kent.
Posted by Neil A at 08:31 No comments:

The London 'vampire'...that never was!

Over at Londonist, the latest SATURDAY STRANGENESS episode from Neil Arnold.
Posted by Neil A at 09:47 No comments:

A Wildman In London! 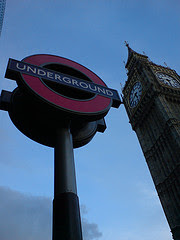 Was a strange, hairy humanoid once contained beneath London's gloomy underground in the 1940s ? Neil tells us about this intriguing story HERE
Photo by geese on flickr
Posted by Neil A at 07:46 4 comments: